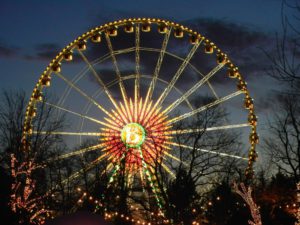 I had such a fun weekend with my crazy family – a big sleep-over party (full house!) filled with children and adults dressed as witches, vampires, skeletons, and a lot of other creative dress-up characters that still need identifying. (But were hilarious!)

So, in light of the Halloween fun, for those who haven’t read this yet, here’s a quick excerpt from The Keepers: Sienna – the FREE prequel to the Keepers trilogy which can be found here.

Tunnels of giggling school kids were one thing but darkened corridors filled with nothing but her own images were unnerving.

Sienna strolled through the tunnels, ignoring her reflection as she walked. She’d check the stage one more time before heading out to join her Keepers for a beer. They’d also be finished with their shifts and Sienna looked forward to a lively evening with her friends.

The thought shouldn’t send a flutter of butterflies through her stomach but it did. Repeatedly. Before Sienna could scold herself, the dim lights flickered a few times before going out completely. She froze, wide-eyed, and then blinked as her eyes adjusted to the darkness. The only light was a stream of moonlight that filtered through windows in the roof. A shuffle of feet had her whirling around, her senses prickling in warning.

“Who’s there?” she called, pleased that her voice held no hint of her uneasiness.

In answer, a black cloaked image appeared in the mirror beside her and Sienna took a step backward, a soft gasp escaping before she could stop it. She paused, scanning the tunnel of mirrors for the real version, but confusion reigned; the placement of the mirrors having the desired effect.

“This isn’t funny!” she snapped, hoping like hell that this was some silly teenage prank. The figure disappeared and she exhaled, only to spin around when it appeared again – but this time there were multiple images reflected around her. Trying not to panic, she focused on the face clouded in a hoodie and darkened shadows. It was hard to tell if it was one person or several.

Feeling the rumbling of restless energy inside her, Sienna back-tracked away from him, searching for the person behind the reflections. He edged closer to the strip of moonlight cast across the floor, the movement chasing away some of the shadows on his face.

With a deep growl, he lifted his head. The air whooshed out of her as though he’d struck her. She stared, a flash of paralyzing fear rooting her to the spot.

The face of a skeleton stared back at her. Dark soulless eyes, outlined in thick black smudges, seared into her. A black nose with hollow, black cheeks, and a long jawline of skeletal teeth.

Everything reeled and she screamed, staggering back into the mirror behind her. It fell backward, shattering to the ground with an eerie screech of splintering glass that snapped her attention from the intruder for a split second.

With another low growl, almost a gurgle, he charged forward. Sienna screamed again as the mirrors closed in on her, the appalling face coming at her from all angles.

And then he was gone. 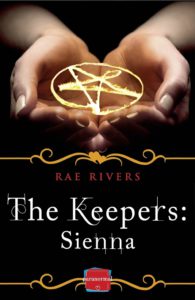 A full moon in Rapid Falls.

Sienna Beckham is a powerful witch, and along with her four fiercely protective Keepers, it is her destiny to maintain the balance of nature in this world.

Tonight, it’s the town carnival and everyone will be there: Sienna’s family, her friends, her protectors. Archer.

But in a few hours, Sienna’s life will have changed forever and her powers stretched to their very limits.

For something is lurking in the forest…

And no one sees it coming.

Find out how it all began…

The FREE PREQUEL to The Keepers.